THE DOOR- winner of the Cubs 2021 Halloween Spooky Story Contest 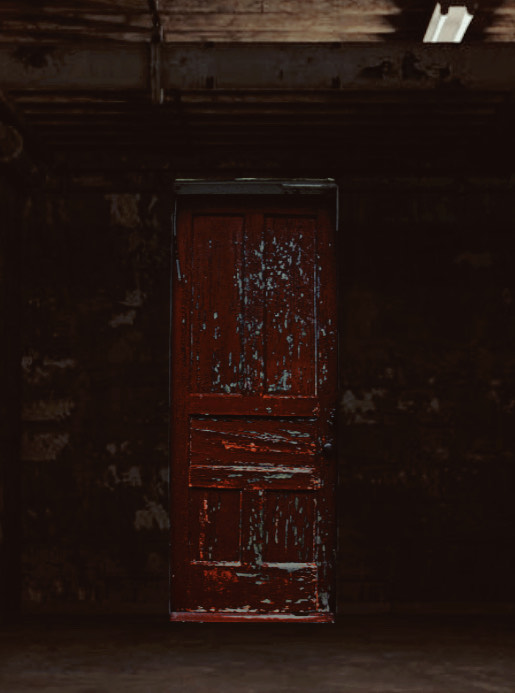 Clara stared at a worn down red door that had suddenly appeared in her basement moments before.

A voice trailed down the stairway to the basement.

“What are you doing? You were asked to come down here over a half hour ago.”

Clara’s brother, Thomas, walked up to her. He noticed the door, shock forming around his usually thin and stern face.

“We should get away from here. This door is bad news.” Clara’s voice shook.

Suddenly, the door shot open, sucking the two siblings into it with a loud gurgling noise. Screaming filled the room before ear splitting silence took its place.

On the other side of the door, the siblings fell down a dark abyss feeling like it would never come to an end.

After minutes they hit the ground… hard. The siblings blacked out on impact. Minutes later Clara came to consciousness and felt a long, spindly hand grasping her ankle as it jerked her across a rocky dirt surface.

Clara groaned and the creature stopped. It made a huffing noise like that of a cow and continued on. The things’ steps began to make a sloshing sound as Clara’s body entered a puddle of water. Clara shook from the cold of her newly dampened clothing.

“We’re nearly there,” something behind Clara said in a husky and slow voice. He grunted a second later.

“This boy is a slippery one. How’s yours Critten?”

“She’s made only a peep so far. Pretty easy little thing to handle.” Critten replied. The other thing chuckled.

Clara’s eyes shuttered slightly open and she was able to see a towering building of stone. It was lit by torchlight which got brighter as they approached.

Critten dropped Clara’s ankle and started up the steps of the building, the other thing following. They passed a set of guards at the gate who yelled in harmony, “they have arrived!” From the gate came a large, snarling beast slowly making its way towards the siblings who now lay semi-conscious on the ground.

The beast picked up the siblings by their arms and threw them over its shoulder. It began to walk. The path leading to the main entrance was long and brightly lit. They entered the main hall where at the end sat a tall man with piercing white hair like bone.

“Bring them forward!” he called. At this, Thomas completely awoke and was instantly fighting for his life. After minutes of struggle he managed to leap out of the beast’s arms and onto the ground, running for the door they just came from.

The guards blocked him and in one fluid motion, brought their swords down upon him, killing him.

Clara was awake, screaming for her brother. His lifeless body lay mangled on the floor of the hall. The beast set her down and she made her way to him. “Thomas, please! This can’t be real!” These were her final words before she faced the same fate as her brother.