Freshman Cross Country Athlete already Proving he has What it Takes 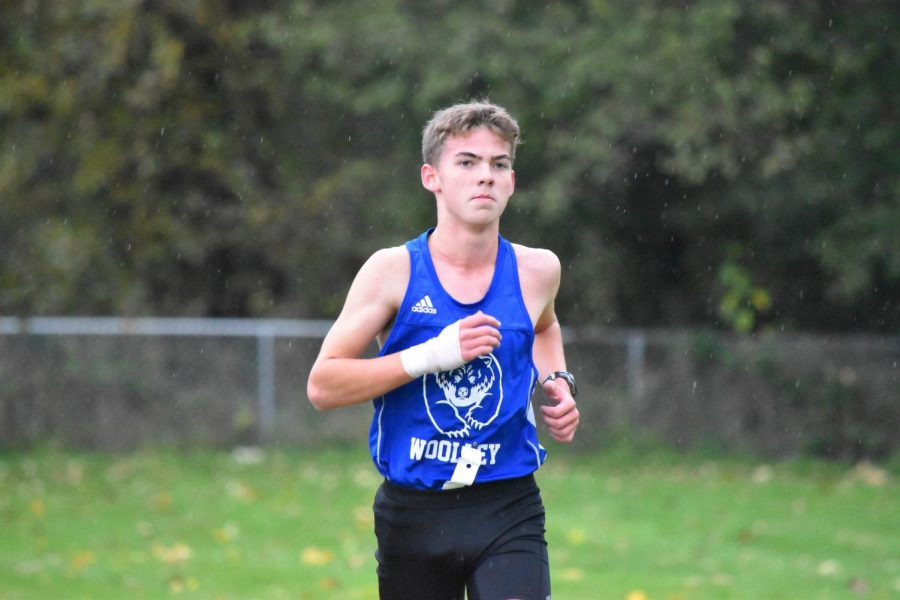 Tove Schweizer has proved himself to be an important asset to the cross country team, according to both teammates and his coach.

Freshmen Tove Schweizer stuns everyone with his contribution to the Sedro-Woolley High School Cross Country team. He has gotten the second best school record as a freshman right behind Rafe Holz, who is now a senior.
Schweizer has stepped up to the plate as one of the best male runners on this year’s cross country team with hard work and competitive drive that has gotten him to the top.
“I really like beating others. I am very competitive,” said Schweizer. “It’s been best when I know a person, personally that is better than me.”
Schweizer has shown up and gotten a better time almost every meet with a best of 16:32 in the 5k, but time is not everything, according to coach Shawn VanTassel.
“Tove has come in and put some amazing times up,” said VanTassel. “But more than anything, this year is about learning to race and getting the experience he needs to grow into the sport to help him achieve his long term goal his senior year and college.”
Holz has taken Schweizer under his wing this year and taught him the basics of the sport and how to be successful.
“I hope he has just learned stronger work ethic,” said Holz. “High school isn’t as easy for him as it was for middle school,” said Holz. “You can’t just run a race and win every time anymore.”
VanTassel is very impressed with Schwiezer’s work ethic and is excited to see what else is in store for him in coming years.
“He’s very focused and willing to put in the time to reach his goals,” VanTassel said.
Schweizer has shown that when he steps out onto that track nothing is going to stop him from achieving his goals.
“My favorite thing would be the competition, the way you have to push yourself but also that you have a bunch of people to push off of,” Schweizer said. “There is always someone significantly better than you or that is just right there in front of you that you just have to push a bit harder to beat them, but then there is the next person.”