Sedro-Woolley Stands Up Against Racism 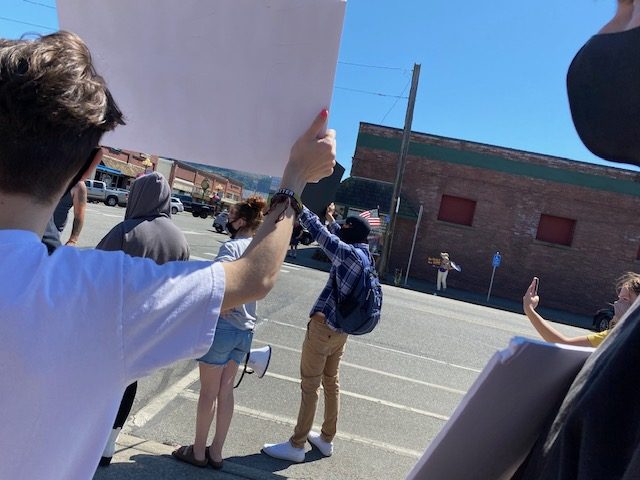 About 100 children, teenagers and adults gathered to stand up against racism on July 25 in downtown Sedro-Woolley. The protest was organized by the Sedro-Woolley Against Racism Movement, or S.W.A.R.M., led by 2019 Sedro-Woolley graduate Llyra Roe.

Many protesters stood for hours in the heat, facing the town with signs held high. Familiar faces were found in the crowd, including Sedro-Woolley high school staff and students.

Officers patrolled for threats to the peaceful protest, including Chief Lin Tucker. Despite warnings regarding counter-protesters, negative onlookers were few and far between. Demonstrators received many honks, thumbs-ups and fists held in support of the cause.