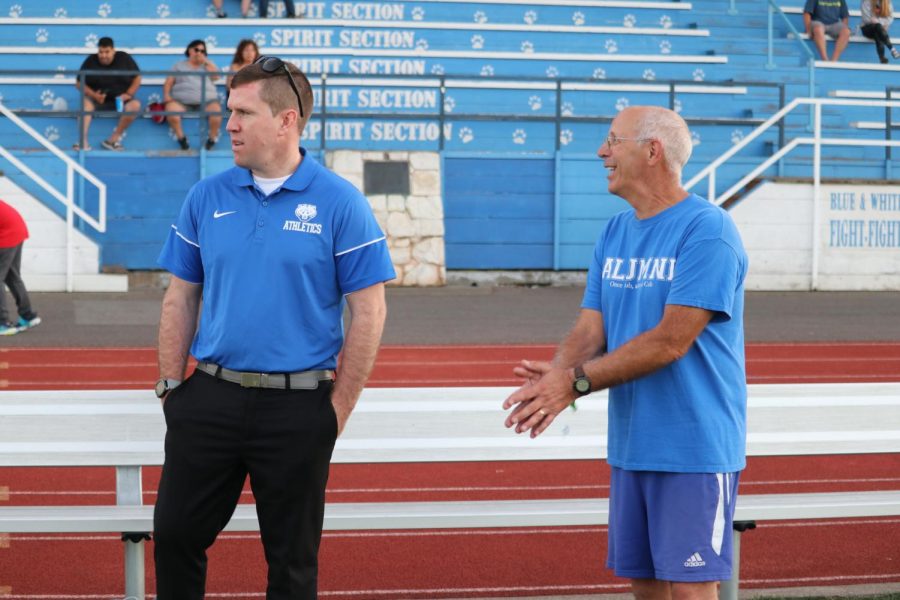 “I have always wanted to be in education and help young people progress to adulthood,” Owen said. “Sports were a passion of mine and I knew that I could make a large impact from this role.”

This is Owen’s first job as a high school athletic director. He originated in Polson, Montana where he was an athlete.

Before accepting the job at Sedro-Woolley, he worked for the athletic director at Arizona’s Grand Canyon University as a graduate assistant.

Owen’s received a degree in sports administration from the University of North Carolina, where he wrestled for the Tar Heels.

He has coached wrestling (K-12), soccer (middle school), volleyball (high school) and helped with other programs as a volunteer.

In Owen’s home town, they viewed the athletic director position a little differently.

“The position was for scheduling and maintenance and I always thought there should be so much more an athletic director does to expand extracurricular activities and reach more students in the school,” Owen said.   “I saw more value in the position and knew I wanted it so I could show that to everyone else.”

Owen’s wife, Katie, is the athletic trainer and sports medicine teacher at Bellingham High School. The couple has two “strong and independent daughters,” Chandler, 4 and Clara, 1.

“I want them to be in extracurricular activities,” Owen said. “It does not have to be sports, but I hope they try many things so they can decide what they are passionate about.”

Owen said Sedro-Woolley has been a good fit so far.

“I had heard from many people close to me about the culture at Sedro-Woolley and people here,” he said. “I felt Woolley had the same values and principles that I had and wanted to be a part of it.”

Owen’s favorite part about the job so far is working with longtime athletic secretary, Rhonda Morgan.

“She is one of the most fun-loving, hardworking and passionate people I have ever met,” he said. “I feel so fortunate I get to work side-by-side with her every day.”

One of the hardest parts of the job so far is last-minute schedule changes.

“It is something that creates anxiety but I am adjusting,” Owen said.

“I think everyone understands that things can change every day,” Owen explained.”So it has been nice in the fact we all are in the same mindset moving forward. It is very frustrating losing time for school, practices and games, but it would be worse to lose everything again and I think most people understand that, which makes my job easier.”

Owen said he is encouraging athletes to follow COVID-19 protocols.

“Wear masks. Social distance. Wash your hands. Stay home if you have symptoms.”